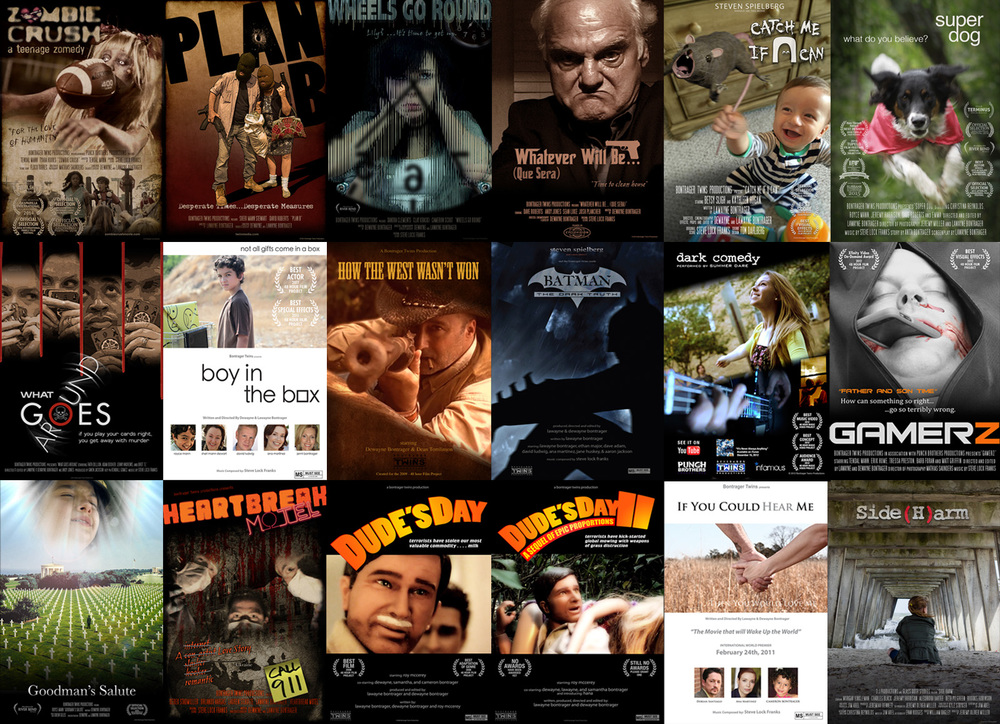 A young lady is down because she can’t get support from other players on her basketball team. Her colorful grandfather always has an interesting story to share. And one of his stories may just be what’s needed to inspire her.

“The All-American” was released in 2020 and is one of the Finalists for Best Inspirational Film at the Vegas Movie Awards.

A troubled boy searches for the meaning of family and finds his answers under a mythical bridge.

Produced in 2016, “The Bridge” was selected to show at the 2017 Cannes Film Festival in the Sunscreen Film Festival Shorts Showcase.

Bobbie’s dream of becoming an inventor is cut short by a local zombie apocalypse. While avoiding flesh-eating classmates, Bobby develops a crush on Sarah – and quickly learns about the perils of the ‘Dead Zone’ AND the ‘Friend Zone’.

The coming-of-age zomedy was developed for the tween audience. “Zombie Crush” was named as “Winner” of the Cirque Du Freak Show in 2015.

This reel includes a number of short films including “Plan B”, “Boy in the Box”, “What Goes Around”, and “How the West was Won”.

We’ve collaborated with a number of Georgia-based filmmakers and crew to produce our films. And we’ve won a number of awards for our work.

The Inconclusive Phases of a Breakup (full)

Dating can be challenging today, particularly where old-school dating meets technology. For Jack and Jane, this means a roller coaster speeding through emotional phases at lightning speed. Will this end well?

The short film won The Audience Award and Best Visual Effects at the 48 Hour Film Project in 2018.

Detective Clayton Nash’s obsessive pursuit of a group of bank robbers lands him in front of an internal investigator. Work and family come to a head as he deals with his actions.

“Disclosure” won the “Ron Tibbett Award for Excellence in Film” at the Magnolia Independent Film Festival.

Catch Me if You Can (full)

We follow the adventures of a mouse navigating his way through a typical suburban home. An angry dad. A cat. Rat poison. All are thrown his way as he tries to find the exit and have a little fun along the way.

This short was developed for the children’s audience. The production used a special ‘mouse cam’ to view at critter eye level. The short film won the “Best Visual Effects” and “Best Music Score” at the 2015 48 Hour Film Project.

A boy copes with his dog’s death by imagining he’s still there. This concerns his family, who want to him to accept reality and move on. The boy learns true love and loss through a pretty special dog.

Filmed in 2012, “Super Dog” won the “Best in Show” and “Ron Tibbett Award for Excellence in Film” at the Tupelo Film Festival.

Two action figures are feeling claustrophobic at home when they decide to take a road trip. A party turns into mayhem and the two are forced to save the day in this other-world romp.

Travel with Dominic Tedesco as he discovers New Orleans in all its glory. Cafe du Monde, the French Quarter, and Bourbon Street were some of the stops.

“Round Town” was a TV development project.